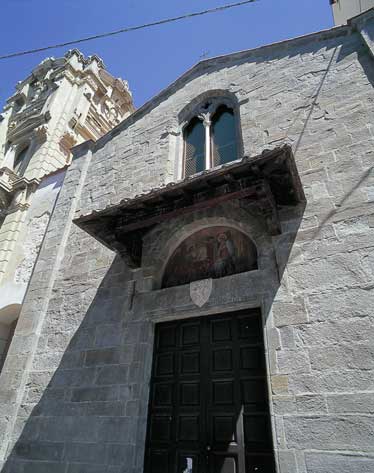 The church is located next to the bar’s stock. The church was attached to a convent of Dominican nuns, both of which were built and donated in 1395 by Pietro Gambacorti, lord of Pisa, his daughter Claire, whose bones were found at the altar.

Later the church was entrusted to the Military Order of Malta. The church was almost destroyed, as well as the convent, the bombing of the war. It was a place of worship for a long time and reopened in 1998.

The facade has remained intact verrucana stone, with mullioned windows at the top and take them with shelter. The frescoes inside, depicting the Blessed Clare, have unfortunately been destroyed.