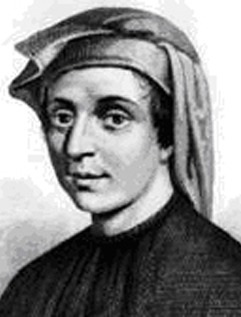 Along with other mathematicians of the time, contributed to the rebirth after the decadence of the exact sciences of the last part of the classical and early medieval.

Together with his father William the Bonacci (Fibonacci is in fact for Bonaci filius), a wealthy merchant and representative of the Pisan merchants of the Republic of Pisa (pro publicus pisanis mercatoribus scribe) in the region of Bejaia in Kabylia (Algeria), spent several years in that city, where he studied the arithmetical procedures that Muslim scholars were spreading in the different regions of the Islamic world. Here he also had early contacts with the world of merchants and mathematical techniques unknown in the West. Some of these procedures were introduced for the first time since the Indian culture very different from the Mediterranean. Just to perfect these skills, Fibonacci traveled a lot, coming to Constantinople, alternating trade with mathematical studies.

Much had to the works of Muhammad ibn Musa al-Khwarizmi, Abu Kamil and Arab masters, without being a mere diffuser of their work. Back in Italy, his reputation came to the court of Emperor Frederick II, especially after the mathematician who solved some problems of the court. For this reason he was awarded an annuity which enabled him to devote himself to his studies. Since 1228 there has been no news of the mathematician, except with regard to the Decree of the Republic of Pisa who gave him the title of "magister Leonardo Bigollo Discretus et sapiens". Fibonacci presumably died some years later to Pisa. He was responsible for the Liber Abaci, and the Practica Geometriae (with the application of algebra to solve geometric problems), the Liber quadratorum; the Epistle to the Flos magistrum Theodorum and super solutionibus quorundam questionum numerosum to speed to speed to geometriam utrumque pertinentium dedicated to Raniero Capacci, cardinal deacon. His studies were so important that even today there is a periodical publication devoted entirely to the arithmetic sequence elaborated by him, the "Fibonacci Quarterly". Mathematician was also dedicated to an asteroid, 6765 Fibonacci.